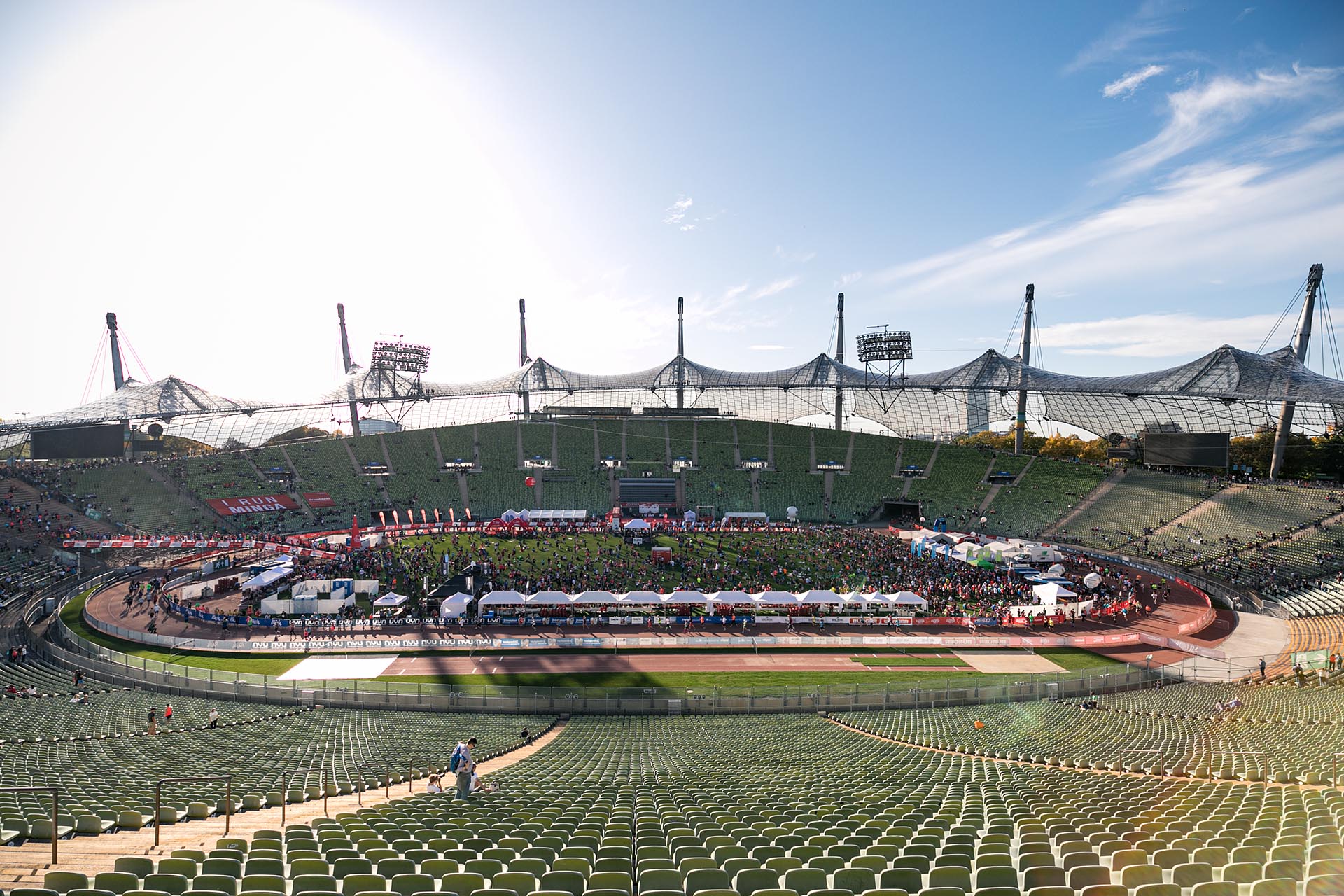 The GENERAL MUNICH MARATHON shows its participants the most beautiful spots in Munich. We will present some of the numerous highlights at regular intervals – a perfect way to get in the mood for the marathon in 2022.

Start & Finish: Olympic Stadium
The finish in the Olympic Stadium Munich is certainly the emotional highlight for all participants. The light at the end of the tunnel and the last metres to the finish line are simply unforgettable. Just as unforgettable as the history of this special place in the middle of the Olympic Park. The Olympic Stadium, like the entire Olympic Park, was built especially for the 1972 Olympic Games. The construction of the sports facilities was based on the plans of the Stuttgart-based architectural office Behnisch & Partner. An architecturally extremely ambitious tent roof construction was to connect all the sports facilities in the Olympic Park into one large complex. The XX. Olympic Games literally held under one roof thanks to this construction. In the meantime, the tent roof has become a landmark in Munich and attracts thousands of tourists to the Olympic Park every year. Visitors who are not afraid of heights can also take part in guided tours over the Olympic roof.

The Olympic Park
The Olympic Park is extremely popular with runners. The green park is beautifully laid out, with numerous winding paths and trails criss-crossing the extensive grounds. In the middle of it all is the Olympic Lake, on whose shores many Munich residents relax or have lunch here.

The Olympiaberg becomes more crowded in the evening hours. When the sun slowly sets behind the old town and you can see as far as the Bavarian Alps, it is a very special moment. And a sight that is particularly beautiful to marvel at on Olympiaberg. Runners naturally use the altitude metres for interval training and stride jumps to get fit for the next runs. Together with the English Garden, the Olympic Park is certainly one of the most beautiful parks in Munich. It is worthwhile to linger in the Olympic Park and enjoy the peace and quiet before throwing yourself into the next big city adventure. 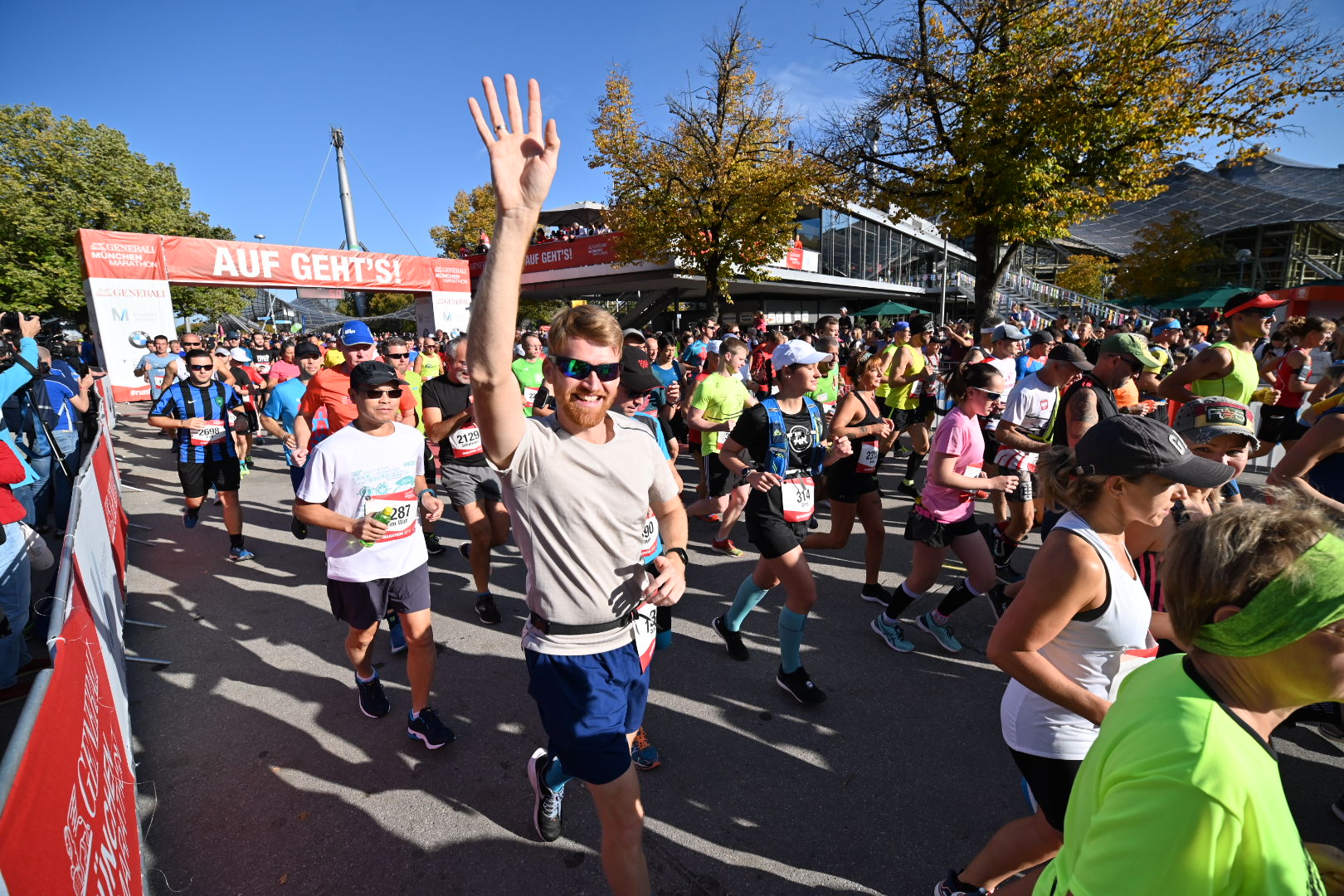